This yarn banner is based on a 1932 photograph of U.S. Marines holding Augusto César Sandino's battle flag in Nicaragua. Sandino is a Nicaraguan national hero revered for his campaign against American imperialism and the occupation of Nicaragua. In 1927, Sandino mounted a guerrilla war against U.S. Marine troops, the U.S. backed Nicaraguan National Guard, and American tycoons in Nicaragua. The National Guard, under the command of General Anastasio Somoza Garcia, assassinated Sandino in 1934. Two years later, in a coup d'état, General Somoza Garcia would declare himself president of Nicaragua.

The Frente Sandinista de Liberación Nacional was founded in 1961 calling their members Sandinistas. In 1979, the Sandinistas succeeded in overthrowing the Somoza regime. The Sandinistas, under the direction of Daniel Ortega, governed Nicaragua until 1990. 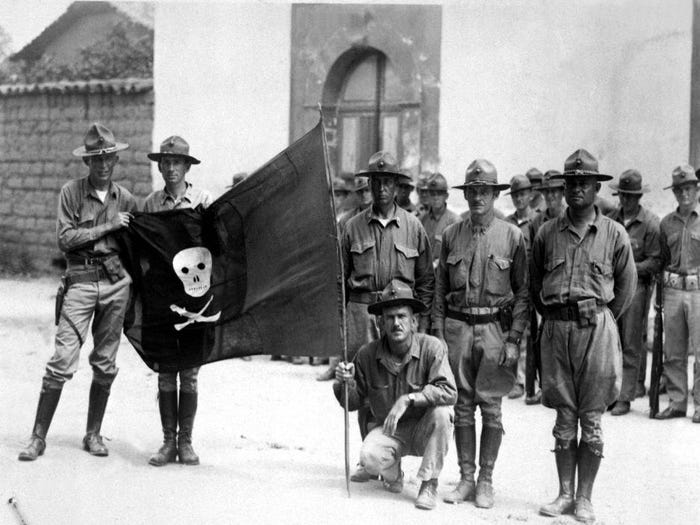 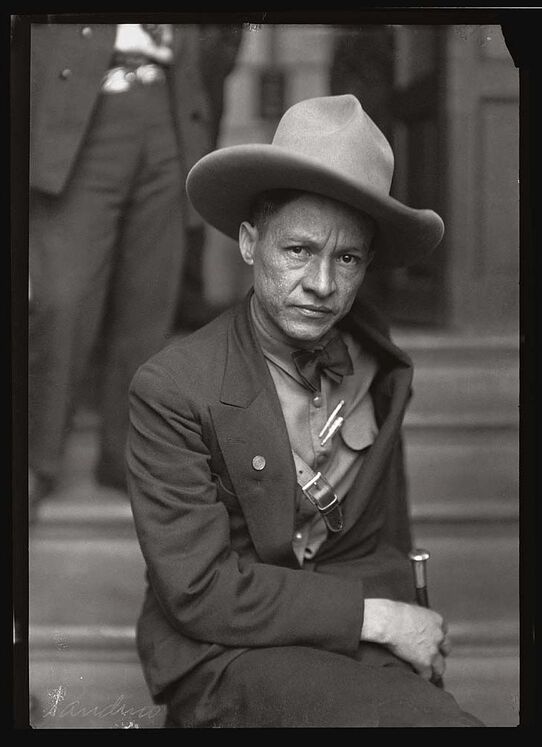 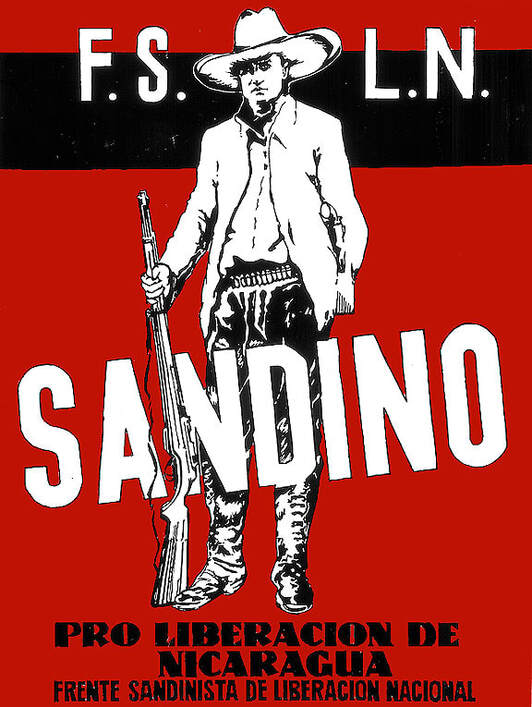