Tuesday, March 10, 2015
Walt Disney Concert Hall, Los Angeles
I was captivated with inspiration while attending my fourth concert of the LA Philharmonic's Green Umbrella series. My tickets to the series were generously provided by Geoff Tuck and David Richard's project Classical Music For Artists. Two violinists were performing Luigi Nono's "Hay que caminar" soñando, which calls for the musicians to meander through the stage to six scattered music stands where sections of the work are bowed. During a quiet moment, my attentiveness was disrupted with a RRRRIIIIINNNGGG!!! It was an old-style telephone ringer coming from the seat directly behind me. The sound of the classic bell ringtone capitalized on the acoustics of the concert hall and resonated beautifully throughout it. The culprit managed to silence their phone after just one ring, but it was enough to get my mind ruminating on the possibilities of creating a composition of music using cell phone ringtones. What parameters would I use for the piece? What would twenty cell phones sound like ringing simultaneously? Where could I acquire a large quantity of cell phones? These and other questions left me unable to focus on what was unfolding on the stage before me.


Thursday, March 12, 2015
Art Institute of CA- Hollywood, North Hollywood
Two days later, I was teaching my weekly Modern Art class. In previous lectures, I had discussed with my students Futurist noise music and the use of chance in Dada. I explained to them I composed a piece of music using both noise and chance called Composition For Cell Phones. I asked my students to turn their cell phone ringers up as high as possible and to line up their cell phones on a shelf at the front of the classroom. I used a stopwatch to time the
8-minute piece. The performance commenced with silence. Less than a minute into it, screens began to light up. Phones were randomly called. Text messages were arbitrarily received. At times, two or three phones would ring and eventually subside to notification tones. One phone in a plush teddy bear case appeared to be active for the duration of the piece presumably receiving phone calls, text messages, and emails. Coincidentally, swells of laughter and giggling emanated from the room. It was quite a performance. 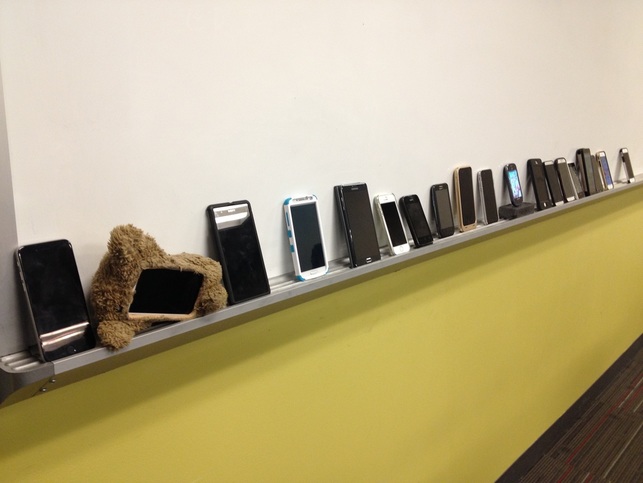 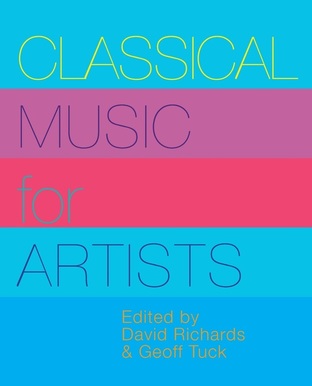 Composition For Cell Phones is featured in the book Classical Music for Artists edited by David Richards & Geoff Tuck.
​Purchase a copy here.